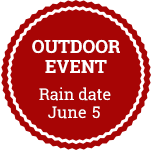 Welcome to Schiff's 12th annual Environmental Film Festival! A true community event, the festival allows us to show inspiring environmental films, serves as a venue for a (social distancing) community gathering, raises funds for Schiff, and promotes discussion of important environmental issues. Thanks to the generous support of our sponsors, recognized below, the proceeds from this event help Schiff in its education, stewardship, and conservation mission. We thank all our past attendees and sponsors.

The night of the festival, the Wood Badge Lodge is transformed into a wonderful Woodland Theatre. Attendees may arrive to the Woodland Theatre on foot by enjoying a gentle self guided hike on the red trail from our Nature Center. Others may enjoy a hayride from the Nature Center at 6 and 6:30 pm.

This Year's Film: The Pollinators

The Pollinators is a cinematic journey around the United States following migratory beekeepers and their truckloads of honeybees as they pollinate the flowers that become the fruits, nuts, and vegetables we all eat.

Bees are in danger. Populations of honeybees are dying at levels that are unprecedented. Close to half of the bee colonies in the United States die off every single year. Thousands of semi-trailers crisscross the country in the dead of night delivering goods through the darkness to stores, warehouses and factories nationwide. But some of them carry highly unusual cargo. Tens of billions of them are transported back and forth from one end of the United States to the other in a unique annual migration that is indispensable to the feeding of America. One out of every three bites we eat, the growth of almost all our fruits, nuts, and vegetables, would be impossible without pollination from bees.

Director & Film Maker Peter Nelson talks to farmers, scientists, chefs, and academics along the way to give a broad perspective about the threats to honeybees, what it means to our food security and how we can improve it. Peter Nelson has photographed a wide variety of feature films, commercials, and documentaries in a multitude of film and video formats. His signature naturalistic style has taken him around the world to capture life as it happens for fiction and non-fiction films alike.

Interested in learning more or taking action? Visit these sites for more information and ways to become involved in saving the honeybee.

Please note: The name used when purchasing tickets will be the name listed on the event roster. We do not issue physical tickets.

Our sponsors make this event possible. Please join us in thanking them by supporting their businesses!

If interested in becoming a sponsor for this event, please complete the sponsor form and return it to info@schiffnaturepreserve.org by May 1, 2021. 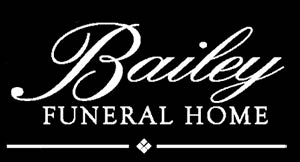 Thank you to the generous folks at Grace Lutheran Church for allowing us to post our Environmental Film Festival banner on their front lawn on Main Street in Mendham.